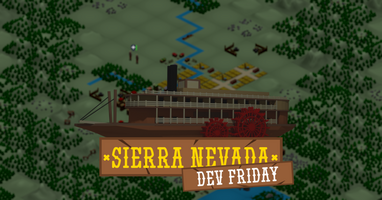 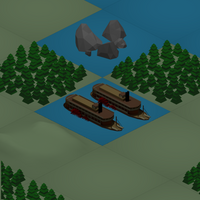 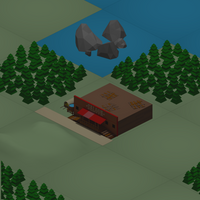 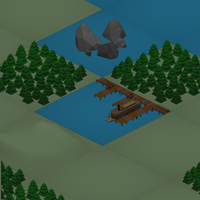 Hello! It has been a week since the release of 'Sierra Nevada'. We hope that you're enjoying the game so far! Today we're coming with a new Dev Friday and also an update to the game. It will be available to download for anyone who bought the game on itch.io shop and if you didn't yet, you should consider that!

Today's update is called Western Sun update. It includes some new things, such as new Units, Buildings and systems.

First thing that is included, is a new, unique Unit. The new Unit is a Paddlewheeler. It is a great unit for naval protection from other Units. Not only can it swim on Lakes, but also Rivers. It comes in 3 sizes. They take anywher between 9-16 days to train. Upkeep costs are between 2-3 Food a day. It is first and so far only Unit that can travel over water.

- Saloon: a unique building that player can construct only once, buildable on empty Plain tiles. It increases the Resources Storage capacity as well the player's Prestige. Town's center of life. Requires 3 Workers at all times to function. Takes 18 days to complete the construction and upkeep costs 2 Gold a day.
- Harbor: buildable on Rivers or adjacent to Lake tiles. It allows the naval Units to be constructed and increases the Resources Storage capacity. Construction takes 14 days and upkeep is 1 Gold a day.

About Prestige... a system of Prestige Points have now been added! The more player advances and more interesting and developing stuff he does, the more Prestige he'll get. More Prestige leads to the town being more popular and gaining more Settlers. Settlers are coming every 30 days and they are needed to recruit new Units. The amount of received Settlers depends heavily on the Prestige. It allows to gradually develop and grow the town faster.

Some of Actions have been added and improved, such as Kick Worker, which allows to get the Worker back from the Building, Salvage for Workers to salvage certain terrain feature for Resources and also Work for Workers to start working in a Structure. It all has been polished.
We have also fixed several bugs that came up with the last version, such as graphical glitch for the Worker during one of the walking animations, as well as issues with timer and menu pause, where they would interrupt each other with following the template.